Mitre Station in the Workshop

While the Kapex isn't a large compound sliding mitre saw, having it on my workbench effectively took up most of the available work surface so I've been wanting to build some kind of miter station for it.  Originally I thought about building a mobile mitre station, but after some thought decided to just build a stationary one next to the workbench at the same height so the workbench can double as a work piece support extension. 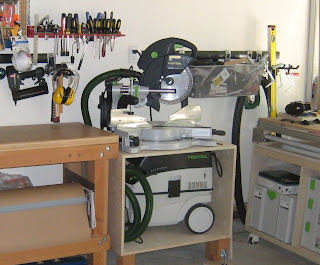 It's essentially just a box with an compartment underneath being used to house the dust collector.  The main challenges for the build were making it level since my garage has a pretty steep slope and getting the height right so that the Kapex is at the same height as the workbench.  I used shims on the back to and on the front I used some machine levelers to make it easier to adjust the height.  I was able to get it even with the workbench. 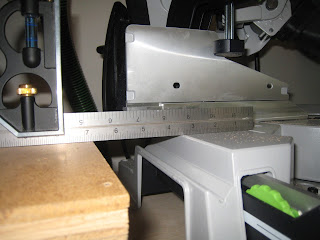 There is an opening in the back for the hose, power cord and air to flow through. 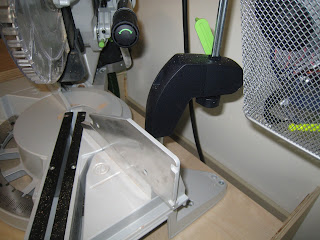 The other side of the station still need an extension so I'm thinking of building a folding extension that I can pull out whenever I need to use it.  Also, some shelving next to the station would be useful and would complete my work space "L". 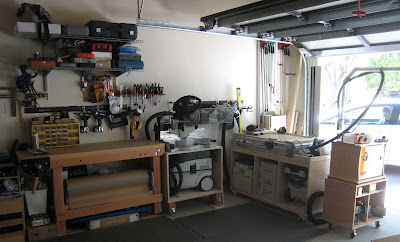