Recently I've started to do some wood working projects around the house as can be seen in some of my previous post (stand, desk). I've really enjoyed working on those projects, but the work surface I was using was just two sawhorses and maybe some plywood on top. There are still some projects that I would like to do, but first I wanted a more stable and solid work bench. The cost of good workbenches are pretty high and the main point of doing a lot of the projects myself was to cut down on the cost of buying pre-made items so I decided to build my own workbench.

It took me a couple of weekends because I wanted to make a workbench that can be disassembled easily when I move. Again, I had the lumber yard cut the wood to length and did the drilling myself. It feels really really solid and I left an overhang so that I can install a vise in the future.

Here it is before any finishing is applied: 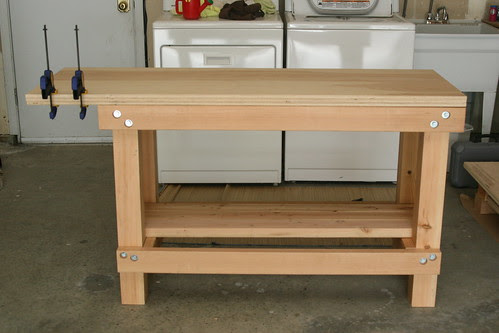 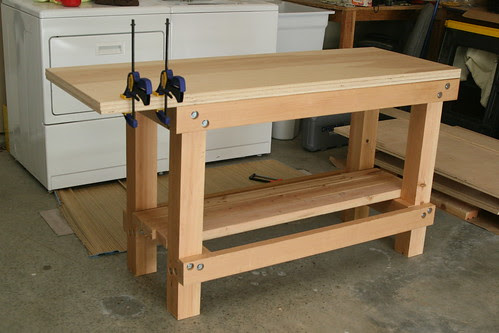 Here is one of the joints: 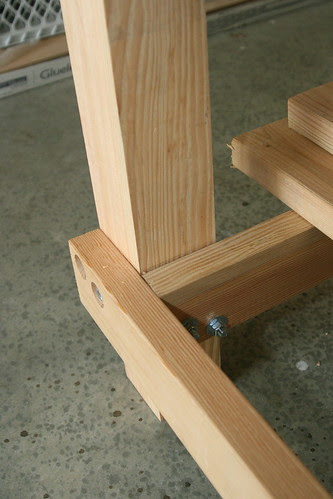 I'm still considering what kind of finish to put on it. The wood looks nice so I don't necessarily want to conceal that, so maybe a clear oil varnish?
2 comments:

There's obviously been a lot of discussions on the Miami Heat's teaming of Dwayne Wade, Lebron James, and Chris Bosh. A lot of focus has been on Lebron James and how he handled "The Decision" while humiliating the city that adored him, but a bigger question has come up on how this impacts the NBA. Will top players now be trying to form "super" teams? What will happen to the competitive landscape of the league?

I had just read Magic and Bird's book a couple of months ago and they credited having each other as opponents to pushing themselves to excel and get better. Jordan said as much in his recent comments. We like watching competition and the ones such as those between Magic and Bird was what made the NBA great. While we might enjoy the occasional All Star game, it's not something we want to see night-in-and-night-out.