Shadow of the Colossus Impressions

Shadow of the Colossus was originally released on the PS2, then on the PS3, and then remade for the PS4 to take full advantage of modern graphics.  I missed it on the PS2 and I pretty much missed all of the PS3 generation so I thought I should try it now on the PS4. 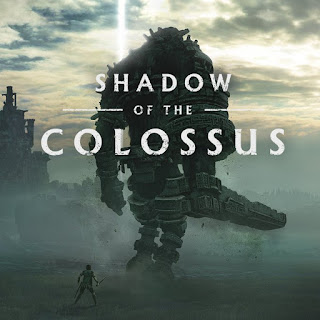 Did I miss out when I didn't play it on the PS2 or PS3?  I give my impressions here.


At its heart, Shadow of the Colossus is a puzzle game.  It uses the game's environment to set the tone and mood as you solve the 16 puzzles each represented as a giant Colossus.  Most of the game's story is conveyed through the haunting settings of ancient ruins and the wordless actions of the main character.  While it is an added element to the entertainment value of doing each puzzle, it also means that the story itself is not very deep.  The world's depth is left up to the player's imagination.  Not much is really explained in the game itself.


The graphics are indeed impressive and beautiful.  You move around the game world primarily on horses and the horse animation and rendering is magnificent.  I enjoyed watching my character as he is riding across vast plains and deserts.

The background music is pretty good as setting the mood for each of the Colossus.  For example, the music when swimming across an flooded ruin gives that proper sense of foreboding as you looked down into the depth of the submerged city towers and wondering what lies beneath the darkness that you're swimming over.  As nice as the soundtrack is, it doesn't compare to that of Nier:Automata or Persona 5 and maybe it's not fair to compare to those.  I played Shadows after recently play the previous two so it is hard to not reflect on the comparisons.

Technically, there are glitches.  The character contact with the ground gets wacky so it sometimes seems like its a sprite moving up an invisible staircase.  The most glaring problem of the game, however, is the camera.  It moves around at at the worst time and often hard to adjust to where you want and need to see.  There were numerous times where I just gave up trying to see and made jumps blindly to where I know I needed to get to because I died enough times making the jump with bad camera angles.

The world of Shadow can inspire imagination but the actual story itself does not.  While I don't always expect deep stories in every game (sports, platforms, fighting game, puzzles, etc.), I did expect better from Shadow.  The way Shadow presents itself to the player the lack of depth here does hurt it.

Shadow isn't a bad game but it's not one that I'd would say is a must play.  For people like myself who generally don't have the time to play every game and must be selective on what games I play when I do have the time, I would say to skip Shadow of the Colussus.